30 Second Recap Contest: What I Learned From Comics In 2008

Once again, Chris Sims has asked for entries to his 30 Second Recap Contest. Once again, I answer the call, even though I have no business drawing anything, ever.

Last year, I covered almost a year's worth of one of my favorite books, The All-New Atom. I didn't win anything, though Sims thought I ought to deserve an award for having Adolf Hitler getting kicked in the face. On the bright side, I got a laugh from Gail Simone, an online acquaintance of mine who also wrote the book at that time. Surprisingly enough, that was an award in itself.

This time, I'm showing off what I've learned from comic books in the past twelve months. Once again: I can't draw for spit. Expect characters with round heads and near-symmetrical, undefined bodies staring blankly at you while they give off what I hope are humorous lines. Due to my getting off to a late start, you won't be seeing Gorilla Grodd actually throwing The Brain at Monsieur Mallah, let alone hitting him (as awesomely depicted here), one of the snarky white gorillas from Wonder Woman lifting his own car battery, the exposed dong shot from the consistently-delayed War Heroes getting censored by Felony from Special Forces telling us about her consistently-delayed series, and -- most tragically -- the scene from Final Crisis: Requiem where Batman friggin' catches on psychic fire while driving the Batmobile, calmly telling Alfred that he'll check it out once he deals with the hoods he's pursuing. Frank Miller can go over-the-top with his non-satire satire All-Star Batman and Robin The Boy Wonder all he wants, he can keep using the word "goddamn" like a comma, he can make all the other heroes look like total bozos (except Black Canary, whom he makes Irish . . . seriously, I don't know), and yet there's Batman. In DC continuity proper. On fire. While driving. If I had the chops, I would've drawn it. For that, I'm sorry. 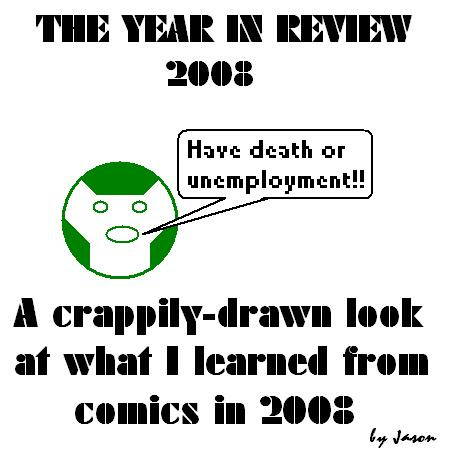 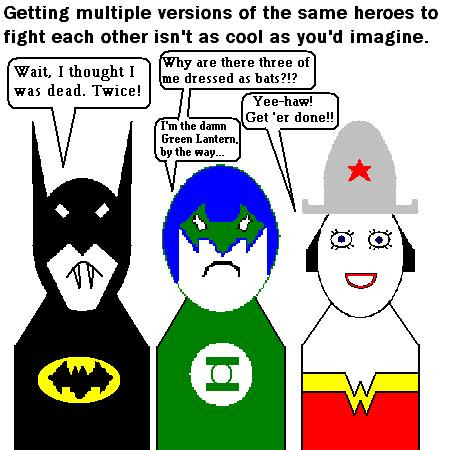 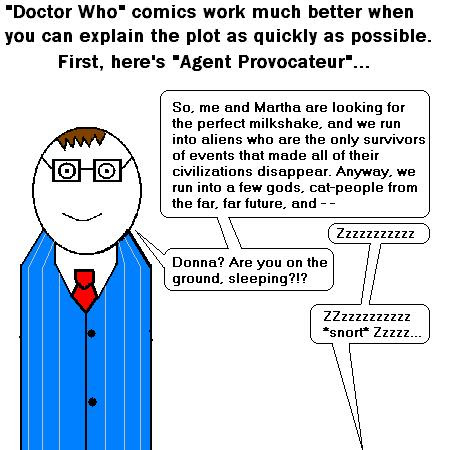 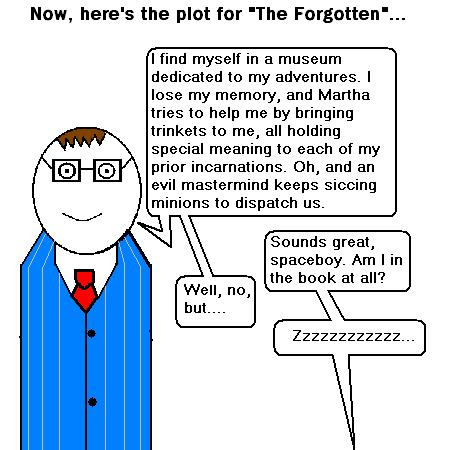 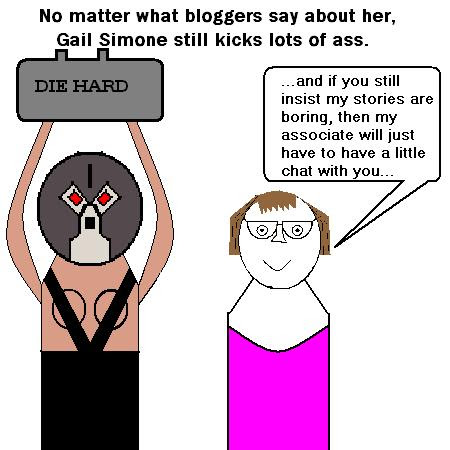 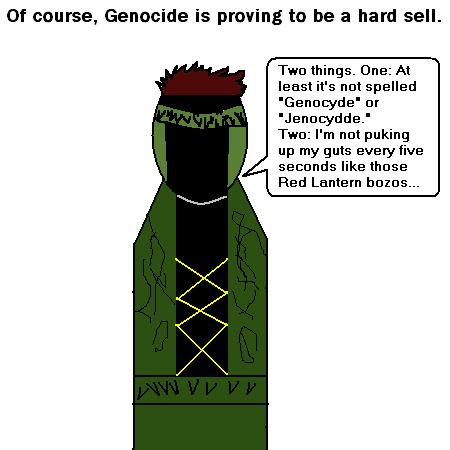 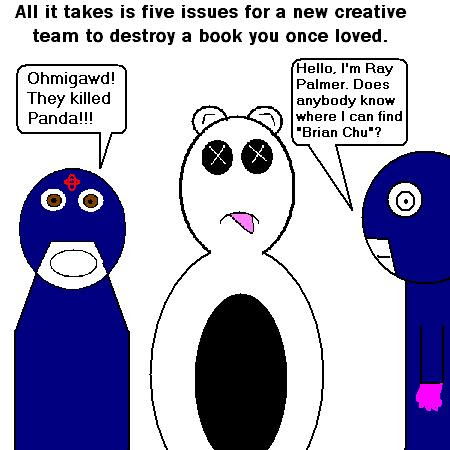 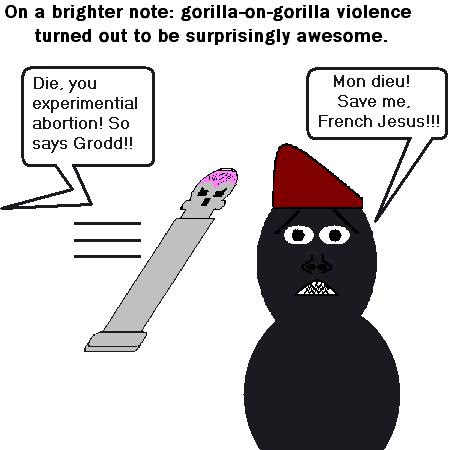 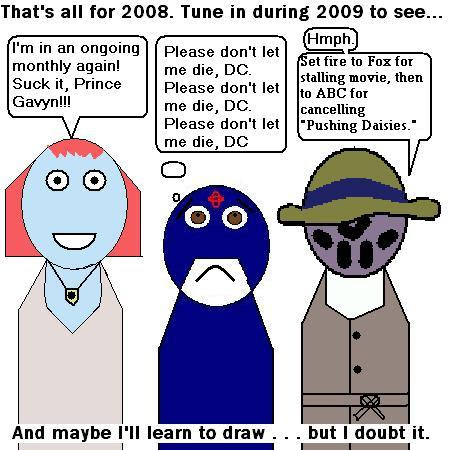